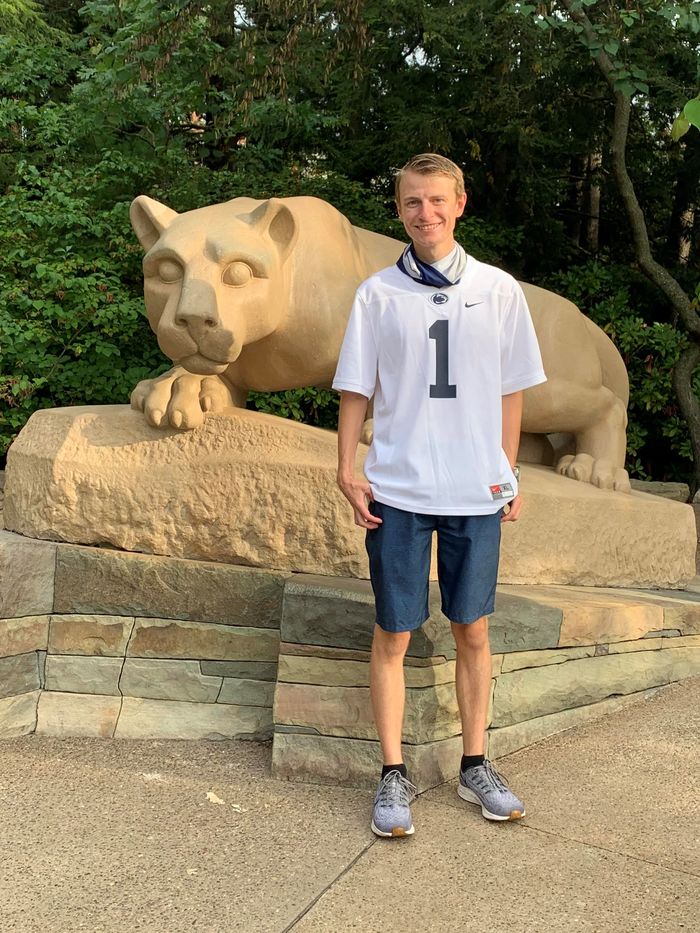 Clayton Kimsal, a senior from White Haven, has been named the September student of the month.

An engineering major, Kimsal has often volunteered his free time to share with fellow engineering students his own experiences working in the field, according to his nominator.

Kimsal said he earned his first engineering job at Henkel in West Hazleton as a first-year student and most recently completed a summer internship as a manufacturing engineer at Rockwell Automation in Cleveland, Ohio, where he helped optimize manufacturing processes.

“He voluntarily joined the campus engineering Internship Showcase to share his internship experiences,” his nominator wrote. “He prepared a great presentation for the event and gave very important tips to engineering students.”

Kimsal credited faculty members Joseph Ranalli, William Yourey, Mesude Bayrakci-Boz, and Bhanu Babaiahgari for their roles in shaping him into a lifelong learner.

“The engineering program at Penn State Hazleton has developed me into a passionate learner and has prepared me well to make a difference in my field,” Kimsal said.

Kimsal, a graduate of Crestwood High School in Mountain Top, recently accepted a full-time engineering position at ISG, Inc., in Atlanta, Ga., that he will begin following graduation. 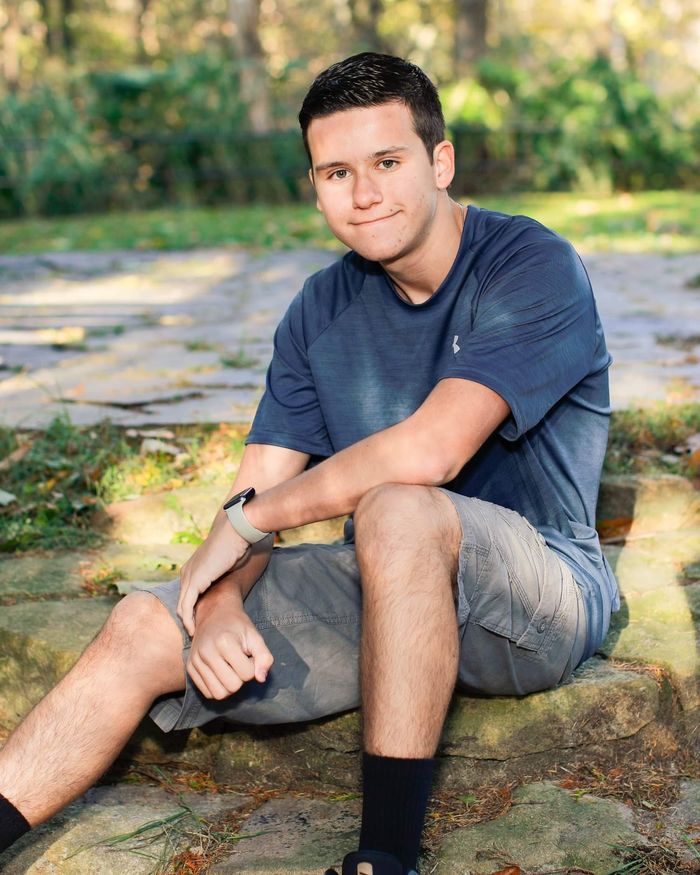 Caleb Houser, a second-year student from Hazleton, has been named student of the month for October.

Houser, an engineering major, was nominated for his dedication to helping his fellow classmates succeed. He can often be found in the Math Dimension or Student Success Center tutoring for hours at a time, according to one of his nominators for the award.

“Caleb has been a fantastic resource for his peers this semester,” his nominator wrote. “His patient and caring way of helping others is something that will certainly carry him far.”

“Caleb is an outstanding, hardworking, and very goal-oriented young man,” another nominator wrote. “He goes above and beyond to help anyone in need and does countless hours of tutoring for chemistry and math.”

Houser said he appreciates the calm, focused atmosphere of the Math Dimension, located on the lower level of the Mary M. and Bertil E. Lofstrom Library, and the Student Success Center, located on the second floor of Butler TLRC, and is happy to share his knowledge of math and science with others.

“When I help someone with either a specific problem or concept, I get to see how they begin to realize and understand the topic,” he said. “It makes me feel like I am making a difference and genuinely helping my peers succeed in their endeavors.” 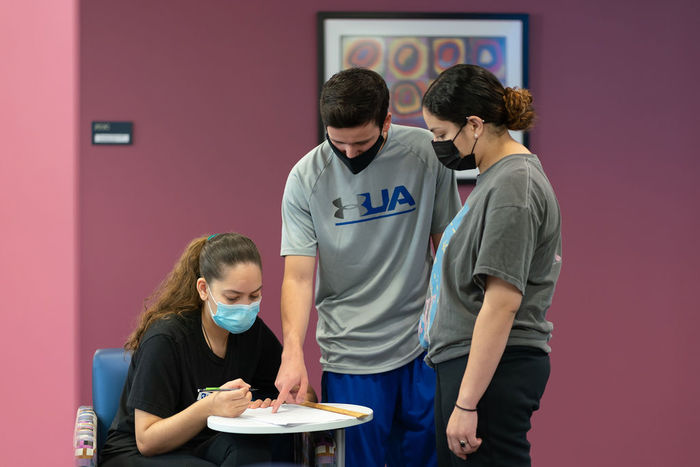 As a first-year student, Houser earned the President’s Freshman Award medal as part of the 2021 Academic Achievement Awards. The award is presented annually to undergraduate students who earn a 4.0 grade point average and carry at least 12 credits. In addition to spending his time tutoring, Houser also serves as a member of the campus Science and Engineering Club.

Houser plans to transition to University Park for the 2022-23 academic year and eventually pursue a master’s degree in computer engineering.

Meghan Boyle, a second-year kinesiology major from Summit Hill, has been named Student of the Month for November. 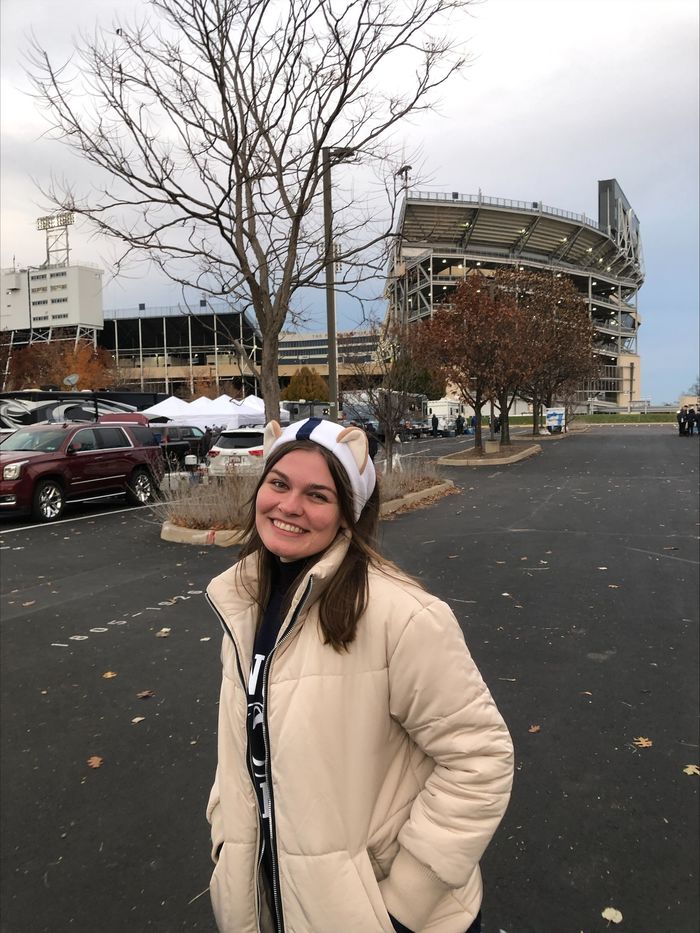 Boyle was nominated for the award due to her involvement and professionalism in the kinesiology program and the campus Exercise is Medicine on Campus (EiMOC) committee, particularly for her eagerness to learn and willingness to step up as a leader among the group, Boyle’s nominator wrote.

Boyle assisted during the campus’ recent Exercise is Medicine on Campus Day by providing support to fellow students. Taking her involvement in the committee a step further, she volunteered to present during a series of lectures at Lofstrom Library, according to her nominator.

“Her enthusiasm, kindness, and eagerness to gain more knowledge make her the perfect recipient of the student of the month award,” her nominator wrote.

Boyle said her experiences in the kinesiology program and the EiMOC have allowed her to “explore the benefits of physical activity in all aspects of life and share my knowledge with others.”

Boyle plans to pursue a career in movement sciences after graduating. 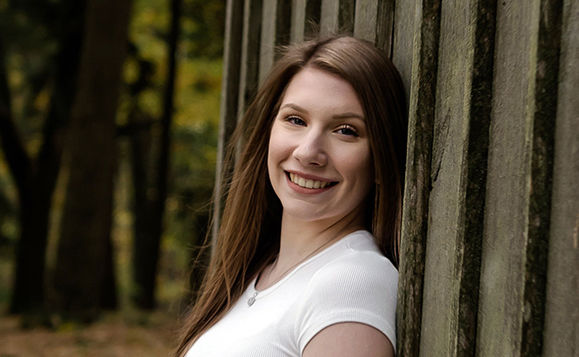 Samantha Matarella, a second-year kinesiology major from Hazleton, has been named student of the month for January.

Nominated for civility, community care and involvement, Matarella has served a key role in promoting health and wellbeing over the past two academic years as a member of the Penn State Hazleton Exercise is Medicine on Campus committee, according to her nominator.

“Matarella helped organize and volunteered herself at this year’s Exercise is Medicine on Campus event, where she assisted in taking vital signs on participants who attended,” her nominator wrote. “With her newly acquired skills taking vitals, she challenged herself within her profession by speaking during the Penn State Library Speaker Series.”

Matarella said she is grateful for the award.

“I feel like my hard work is being recognized,” she said.

Matarella is a graduate of Hazleton Area High School and currently works at Bradley Caldwell in West Hazleton. She plans on attending graduate school for physical therapy. 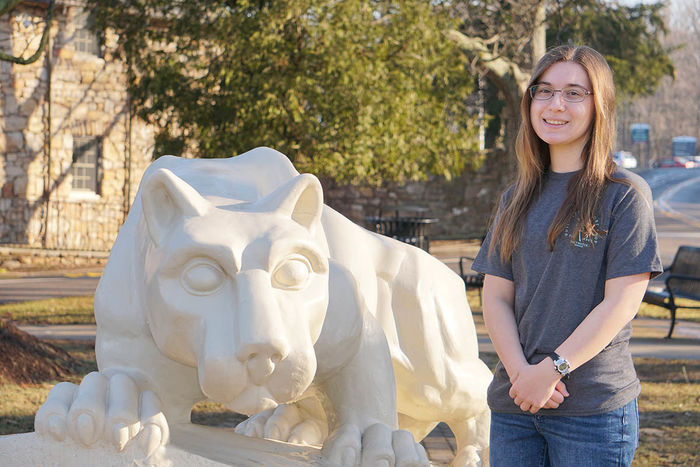 Lauren Gombeda, a third-year student majoring in information sciences and technology and minoring in security and risk analysis, has been named Penn State Hazleton’s student of the month for February.

Since arriving on campus in 2019, Gombeda, of Hazleton, has dedicated her time and knowledge towards helping her classmates succeed in the classroom as a peer tutor in the Math Dimension, guiding students from basic math to calculus, according to her nominator.

“She is always and consistently nice, honest, and helpful to her peers,” her nominator wrote.

Gombeda said she became a peer tutor after discovering how valuable the resource was to her as a first-year student.

“I became a tutor because I wanted to pay it forward and help other students who might also need a little extra help with their math problems,” she said. “I feel good knowing that I can help make a difference for someone and help them succeed.”

In addition to her three years as a math peer tutor, Gombeda served as a mentor to first-year students during her second year in the Pathway to Success: Summer Start (PaSSS) program. She has also worked in the Student Success Center and Student Engagement office, and currently works in the Strategic Communications office, providing assistance with the campus website.

“I am grateful for this award, and I am thankful to all my professors that helped me get this far,” Gombeda said.

Gombeda is a graduate of Hazleton Area High School. She is the daughter of David and Barbara Gombeda of Hazleton. 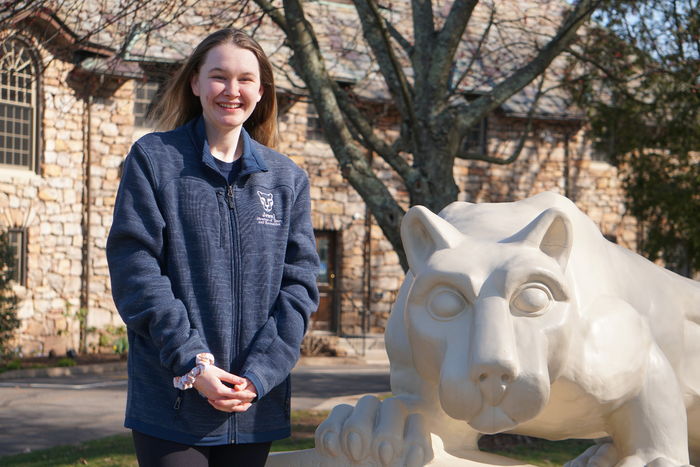 Jewel Newbern, a junior from Philadelphia majoring in corporate communication and minoring in business, has been named Penn State Hazleton’s student of the month for March.

Newbern was nominated for her leadership and involvement both on campus and in the community. According to her nominator, she works hard to help others and consistently displays a positive mindset.

Newbern is the director of tours and recruitment for the Penn State Hazleton Lion Ambassadors, which provide campus tours to prospective students and their families. She is also a member of the Gaming Club and works on campus at Higher Grounds, a coffee shop on the upper level of the Charles T. Butler Teaching and Learning Resource Center.

Newbern said she is honored to receive the student of the month award because it shows her effort on campus is being recognized.

“Winning this award gives me the clarification that I’m on the right path to success and that my dedication to this campus is seen and accepted by faculty,” Newbern said.

Newbern is a graduate of the Arts Academy at Benjamin Rush High School in Philadelphia.