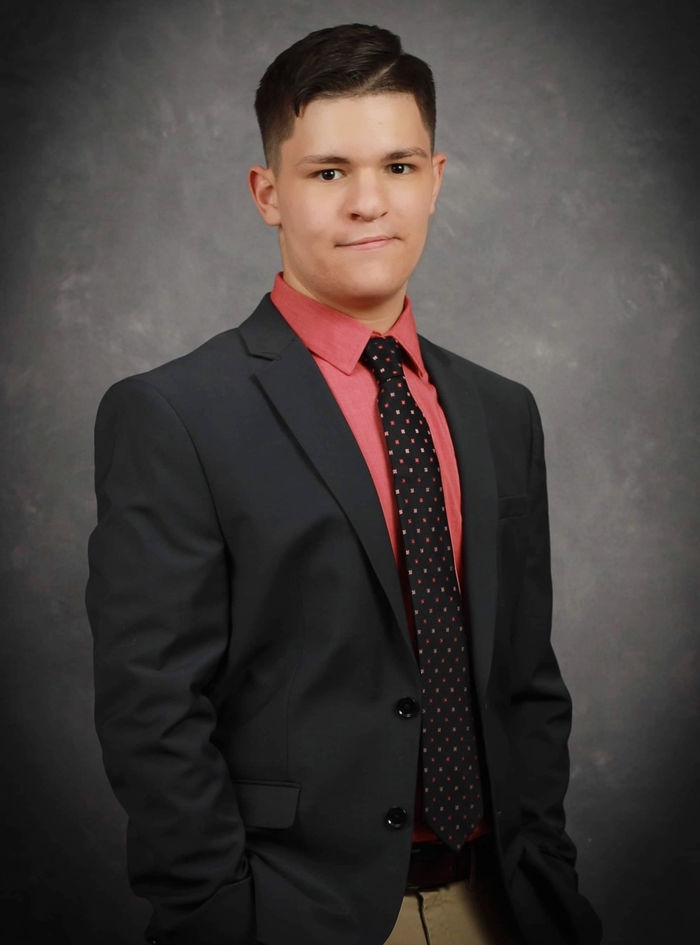 Brandon Crockford, a freshman from Drums, has been selected as the student of the month for September.

At Hazleton, Crockford picked up with his academics right where he left off in high school, his nominator wrote.

He earned multiple student of the month nominations at MMI Preparatory School in Freeland after raising his GPA from 2.5 during his freshman year to 3.8 as a senior.

He continues to carry a high GPA in his pursuit of a psychology degree, his nominator noted.

Outside of the classroom, his nominator added, Crockford often volunteers his time caring for his grandmothers, each of whom are battling limitations due to their health.

"Brandon is one of those people who just cares," one of his nominators wrote. "He puts others in front of himself and looks out for others."

After earning his degree, he hopes to attend graduate or medical school and one day become a psychologist or psychiatrist.

Crockford is the son of Keith and Dawn Crockford. 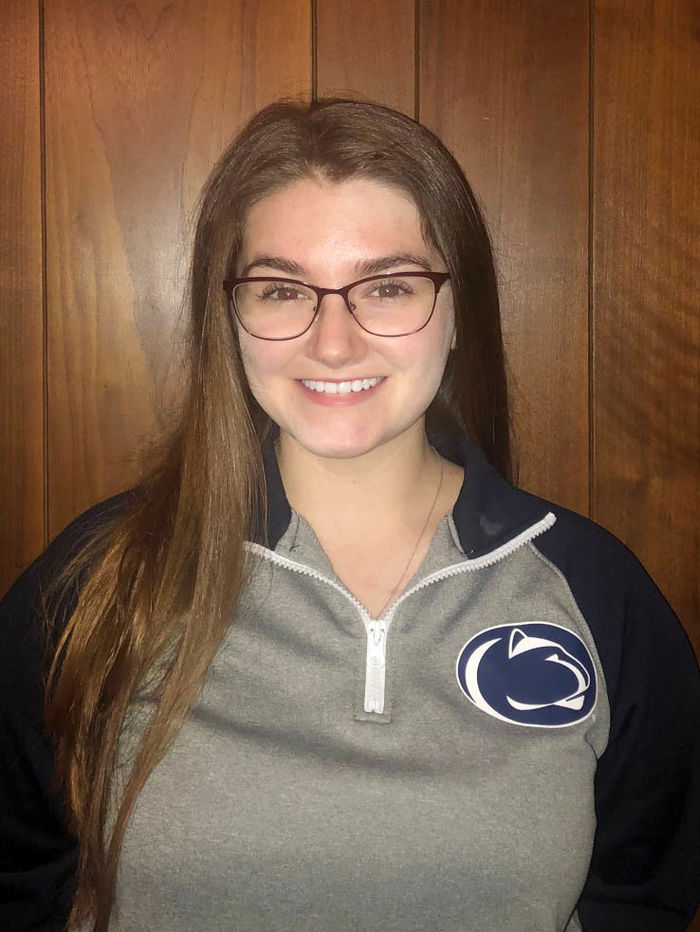 Emily Flaim, a sophomore from Conyngham, is our student of the month for October.

Flaim is majoring in biology while also pursuing a minor in business. She one day hopes to attend medical school.

"I know for sure I want to do something where I can help people and never stop learning," she said.

It's the help Flaim provides as an office assistant in the Student Success Center that led to her nomination for student of the month. According to her nominator, Flaim's contributions are "invaluable" to the rest of the staff.

"She goes home between classes and works to take care of her grandmother and her sisters, all while keeping her grades up," her nominator wrote.

In addition to the time she puts in at the Student Success Center, Flaim also tutors other students in Music 7: Evolution of Jazz. And this past summer, she served as a mentor to first-year students during her second and final year in the Pathway to Success: Summer Start (PaSSS) program.

"Being able to guide the incoming first-year students with their first taste of college life was one of the most rewarding and unforgettable experiences in my life," Flaim said. "Nothing compares to welcoming new students into our Penn State family."

When she does have some free time, Flaim loves to knit, sew and crochet, including creating face masks, hats, and doll clothes for her sister. A self-admitted animal lover, Flaim has four cats and two dogs. 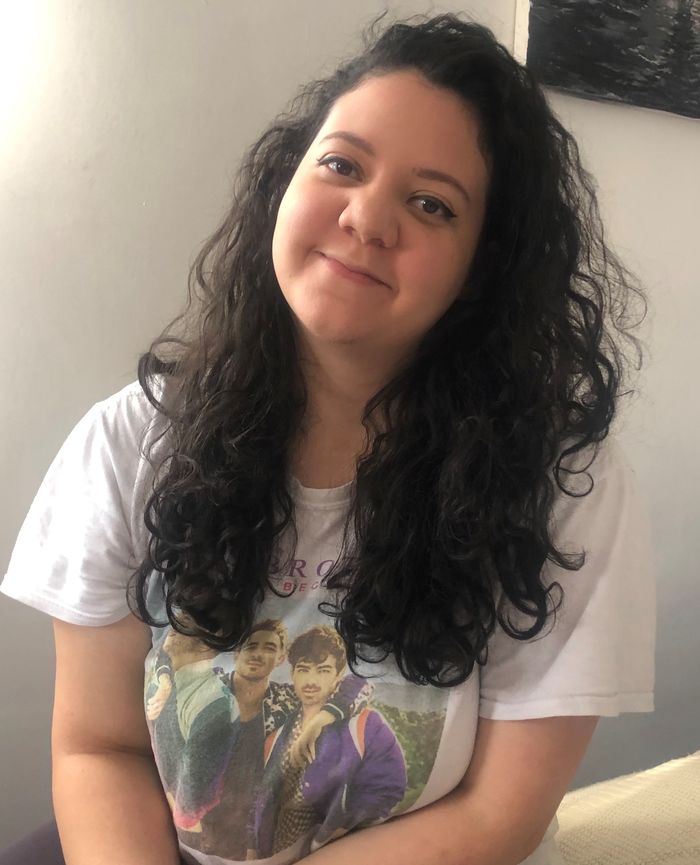 Abigail Martinez, an adult learner and mother of two, is the student of the month for November.

Martinez transferred to Penn State Hazleton after moving to Hazleton from Brooklyn, where she grew up and attended college.

Despite the responsibility of raising her children and working two jobs, Martinez is a leader in the classroom who is committed to helping her classmates succeed, according to her nominator.

“Over the semester, she has worked to create study groups and became a tutor,” her nominator wrote. “Abigail also agreed to work with a student who, due to a job change, would be missing a good bit of class time.”

She is currently exploring options for her major but hopes to graduate in 2022.

“I don’t have it all figured out, but I don’t feel any rush,” she said. “The goal is to do something I enjoy and set the groundwork for my kids.” 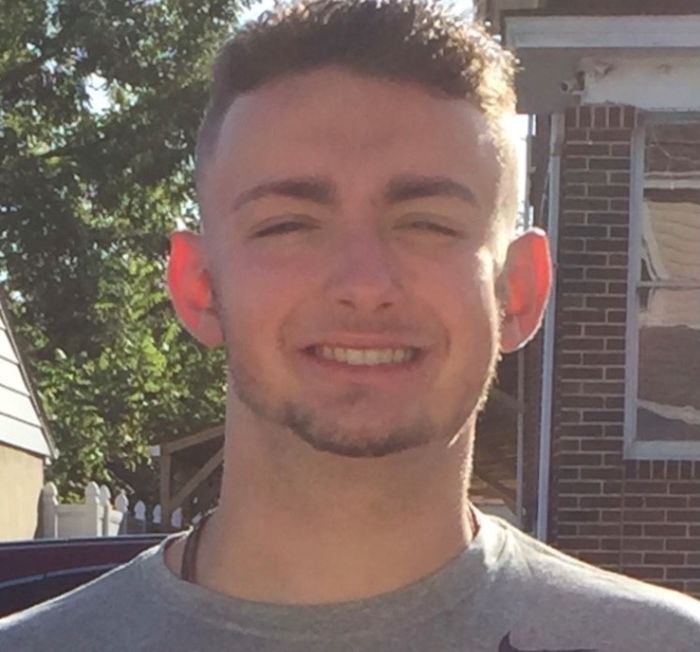 Christian Smith, a sophomore from Hazleton, has been selected as the February student of the month.

A broadcast journalism major, Smith is integral in delivering news to the campus community as editor of Penn State Hazleton Lion News, according to his nominator.

“He is dedicated to the Lion News and has persevered through the pandemic,” his nominator wrote, noting Smith also recruited other students to contribute to the platform.

An avid sports fan, Smith said he hopes to use his passion for news and the knowledge he’s gained at Penn State Hazleton to one day earn a writing or reporting job with a major broadcasting company.

In addition to his work for Lion News, Smith has also been involved in several other organizations and causes on campus.

He currently serves as governmental affairs chair for the campus Student Government Association. He’s also a former special events captain for Penn State Hazleton Benefitting THON, a past president of the Latinx Culture club, and helped register students to vote for the 2020 general election.

Smith is pursuing a minor in political science and plans on transitioning to the University Park campus in the fall to complete his degree. 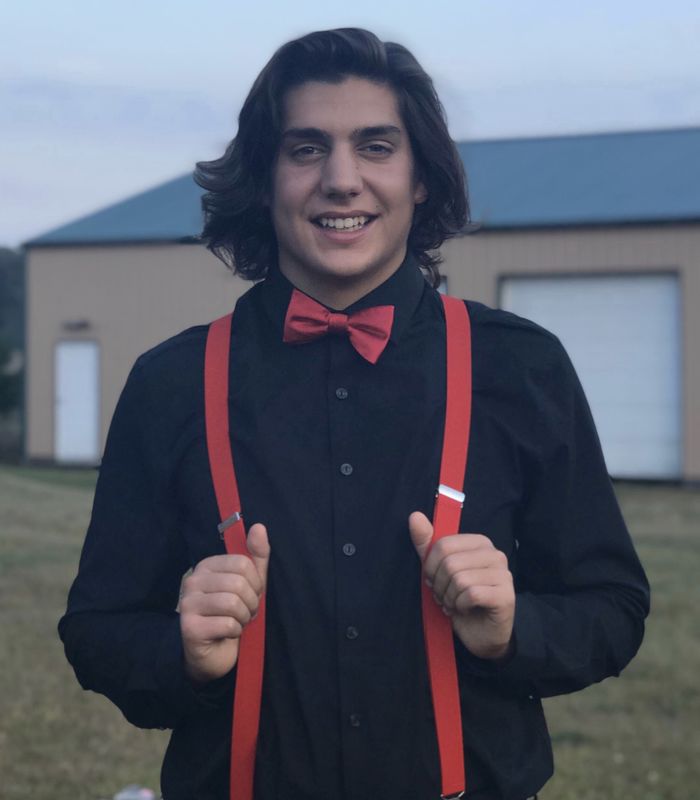 Domenick Harding, a first-year student majoring in civil engineering, is the student of the month for March.

Despite only being at Penn State Hazleton for a short time, Harding has shown a strong commitment to academic improvement, helping his classmates and the campus overall, his nominator wrote.

“I have had many conversations with him and learned that Domenick is genuinely concerned about success of the campus at the whole,” his nominator wrote.

Another nominator added, “He has really embraced the rigor of the courses, stepped up to meet the demands of these courses, and has gone out of his way to show appreciation and respect for his professors’ dedication and hard work.”

Harding, of Mountain Top, said he plans on transitioning to Penn State Harrisburg to complete his degree.

In addition to math, Harding enjoys sports and buying and selling sneakers. He has three sisters, a cat named Butterscotch, a Chesapeake Bay retriever named Henry and a Golden Mountain dog named Toad.