Students in the Penn State Hazleton Honors Program held a picnic this semester to get to know each other in an informal setting as part of a larger effort by the program to host a variety of engagement opportunities. Pictured are (from left) Destiny Angel, Ayrton Auman, Jadon Matriccino, Trevor Ruggiero, Kush Patel, and Lori Reno, assistant teaching professor of business.

HAZLETON, Pa. — Instead of their usual meeting place inside a classroom, students in the Penn State Hazleton Honors Program huddled around a game of giant Jenga during a recent fall semester meeting.

As excitement grew with each careful pull of a block, so did the conversation. In between laughs, students talked about their courses, academic programs, backgrounds, and anything else that came to mind. After snacking on sandwiches, a student-led ice breaker helped the group get to know each other even better.

The informal gathering is just one of the new initiatives the Honors Program has created for students to get the most out of the program. Beyond monthly get-togethers to build camaraderie, the program has established a mentorship program, held a field trip to New York City, and organized an end-of-the-semester symposium for students to showcase their work.

“Our goal in the Honors Program is to provide an elevated academic experience in and out of the classroom,” said Lori Reno, assistant teaching professor of business and Honors Program coordinator. The program provides a community for students based around academic achievement. It offers courses, encourages undergraduate research, and provides scholarship funding.

“Our goal is to help our students succeed not only as Penn Staters, but also on a personal and professional level as they move on in their lives,” Wright said. “We thank Lori for her hard work and creativity in developing these ideas and are grateful to the students who have already come to embrace them.” 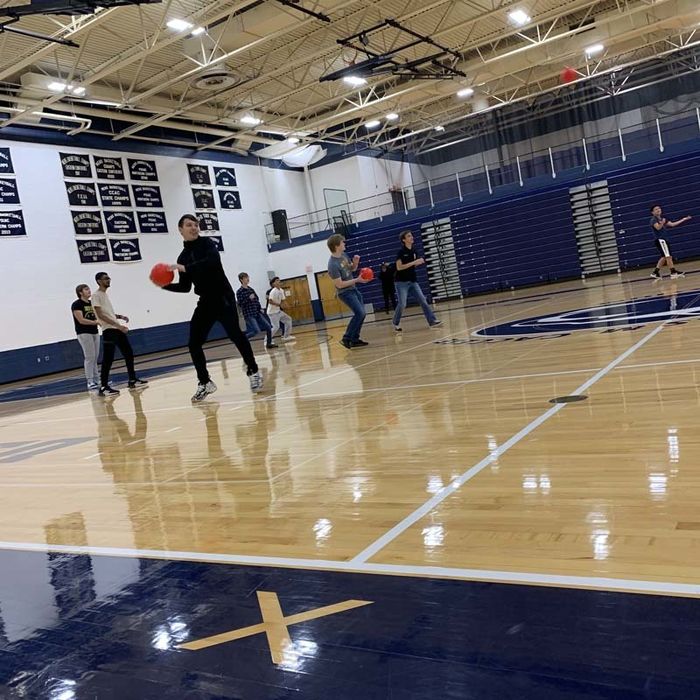 Dodgeballs flew across the hardwood of the Physical Education Building gymnasium during another engagement opportunity hosted by the Honors Program. The campus-wide tournament was organized by the group to help students de-stress while also drawing awareness to the Honors Program. Several teams participated.

A few weeks later, Honors Program students traveled to New York City for a field trip to the Museum of Jewish Heritage. There, they took a two-hour tour of the museum before taking in the city skyline from Battery Park on the southern tip of Manhattan.

"There’s so much more to Honors than what goes on inside the classroom,” said Destiny Angel, a second-year student majoring in business management and member of the Honors Program. “Especially with the different kinds of events happening. Students are talking, they’re collaborating, and I feel like it’s easier to get to know each other when we’re all getting ourselves out there like that.”

Angel has even planned some of the events herself at the encouragement of Reno.

“I’m the type of person who loves being busy and so are many of us in the Honors Program,” she said. “The program is challenging us to stay busy and be passionate about it.”

For students hesitant about joining the Honors Program, Angel encouraged them to reach out to Reno to discuss whether it may be right for them.

“Just go for it,” she said. “Get involved right away during your first semester and then after that, see what works for you and what doesn’t. And don’t just look at it as more work. Look at it as you're going to be more involved, maybe hosting events, maybe mentoring, and maybe trying things you’ve never tried before.”

When Kevin Lowen isn’t performing undergraduate research of his own, the second-year microbiology major is helping support fellow Honors students who are new to the experience as part of the Honors Program’s new mentorship initiative.

Lowen has the experience to share. He has performed undergraduate research since his first semester at Penn State Hazleton, including working alongside Associate Professor of Chemistry Dan Patel and Associate Professor of Biology Megan Schall. Lowen and another student also presented a poster on their research at the American Chemical Society's spring 2022 conference in San Diego.

In his mentorship role, Lowen assisted Honors students by answering any questions they had on undergraduate research, including how to begin the process, who to reach out to based on their research interest, and where to go if they need tutoring on a topic. He also promoted research-related events and listened to any concerns the students might have.

Lowen said being an active listener was one of his biggest takeaways from being a mentor.

“Most people tend to focus on skills in relation to taking charge or running projects, but being able to be an active listener and then give critical feedback is just as important,” he said. “Being a mentor has allowed me to strengthen this skill, which will definitely help me in the future.”

Moreover, he said, being in the Honors Program opened the doors to opportunities he wouldn’t have had otherwise.

“My experiences with the Honors Program have been phenomenal,” he said. “The program has given me opportunities that I would not have been able to have by just being a regular student.”

To wrap up the fall semester and recognize Honors students for their academic achievements, the program hosted an Honors Symposium during the final week of classes.

More than a dozen Honors students showcased projects, paintings, videos, presentations, or any other academic work from the fall semester that they were proud of.

Reno said the response to the inaugural event is an encouraging sign of the direction in which the Honors Program is headed.

“We’re thrilled with the response to the symposium and were grateful to celebrate our students who worked tremendously hard throughout the semester on some very interesting and exciting projects,” Reno said. 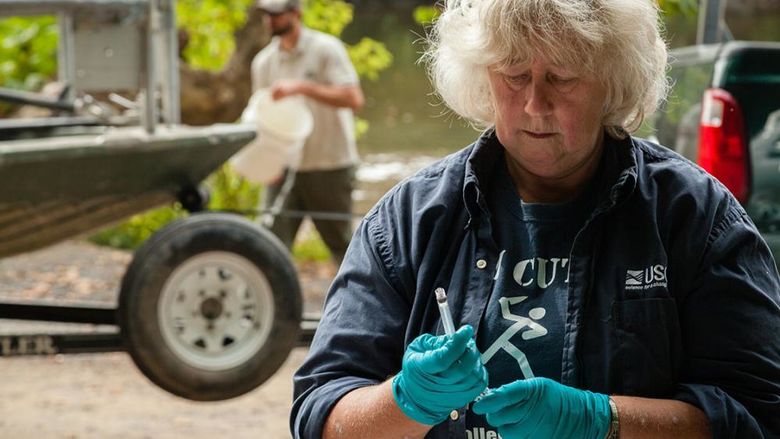 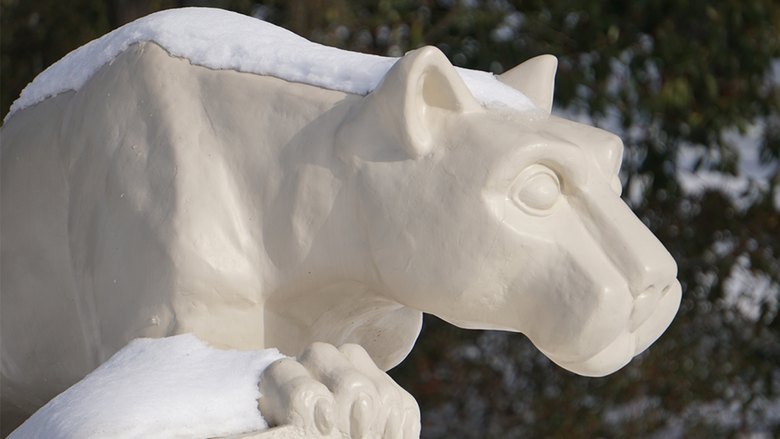 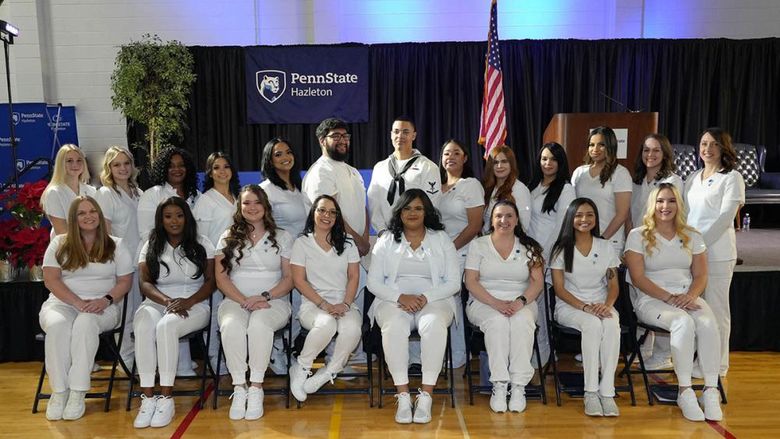 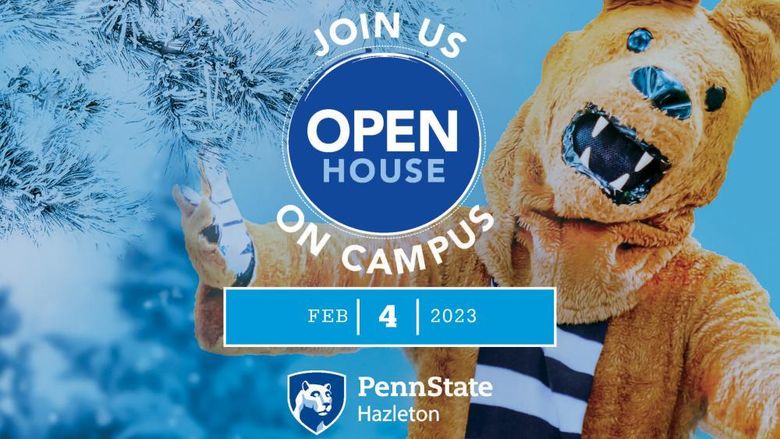