HAZLETON, Pa. — Penn State Hazleton has announced its students of the month for the spring semester of the 2018-19 academic year.

The award was established by Penn State Hazleton Faculty Senate's Committee on Student Relations to recognize students for accomplishments outside of the classroom and off the field, including forms of prosocial behavior such as civility, overcoming personal obstacles and dedication to the community through volunteerism.

Students selected by the committee are: 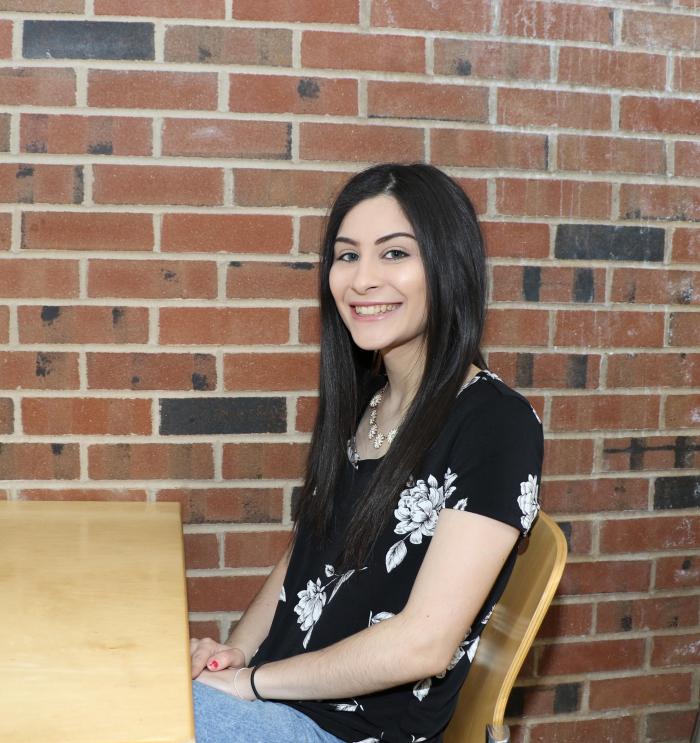 Cassandra Kelly, a senior majoring in engineering with a focus on alternative energy and power distribution, was chosen as the student of the month for January.

She served as president of the Science and Engineering Club, vice president of the Student Government Association and a member of the Service Club and the Blue and White Society. Working with the Science and Engineering Club and Swim Club, Kelly organized a cardboard boat race fundraiser in the campus pool. Off campus, she is part of Wilkes University Upward Bound Alumni.

“On top of all of Cassandra’s extracurricular activities, she still maintains excellent grades,” one of her nominators wrote. “She is heavily involved in the campus community and encourages other students to do so as well. She has been working extremely hard to finish her degree (with excellent grades), while working part time, and maintains an excellent attitude.”

Kelly is studying for the Fundamentals of Engineering exam to earn licensure as a professional engineer. She plans to seek a job in the engineering field and work toward her master’s degree in engineering.

She is a graduate of E.L. Meyers High School and is the daughter of Samantha Kelly and Michael Kelly of Wilkes-Barre. 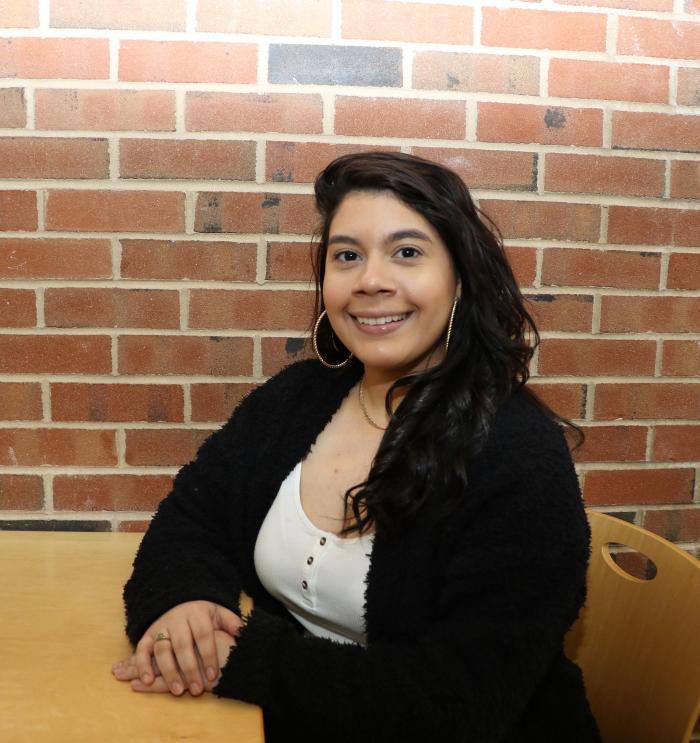 Samantha Santiago, a sophomore majoring in anthropology, was selected as the February student of the month.

She is part of the Schreyer honors program. On campus, she serves as a peer tutor, peer mentor, and public relations coordinator for Lion Ambassadors.

Her nominator complimented Santiago’s role with the STARS program, which brings specifically invited students to campus a few days early and works with them on success skills throughout their first year of college.

“Sammi not only took full advantage of the opportunities STARS afforded her, but she consistently reached out to her STARS peers to make sure they were doing OK. Sammi was the first to apply for peer mentors for the second year of STARS and has become the lead mentor for the program. She has been a very active mentor and the new STARS students are very thankful for her assistance,” her nominator wrote.

Santiago plans to pursue bachelor’s, master’s and doctoral degrees in anthropology and aspires to become a museum curator at an institution like the American Museum of Natural History, working in the anthropology division while traveling and doing cultural research of her own.

A graduate of Pocono Mountain East High School, she is the daughter of Maria and Julio Santiago, Stroudsburg. 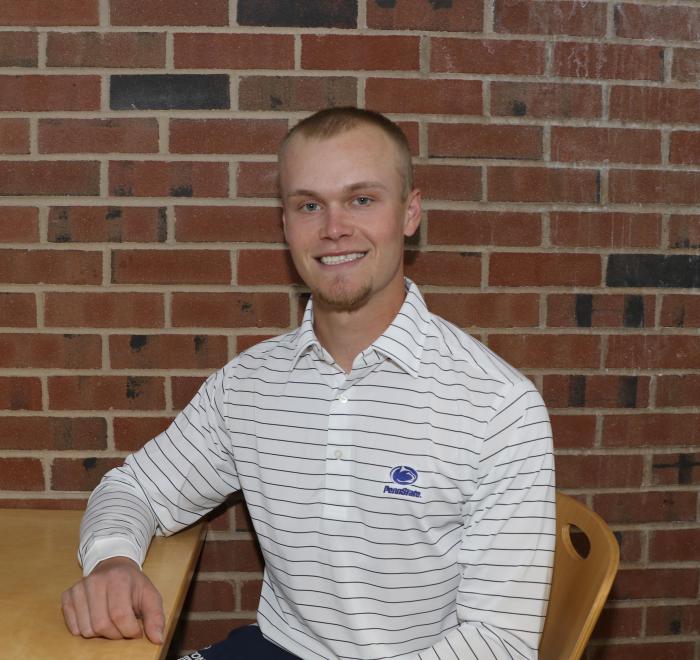 Charlie Karchner, a senior, was named the student of the month for March. He studied engineering with the alternative energy and power generation track.

A survivor of leukemia as a child, he has been involved with THON on campus in a number of roles, serving as a dancer for the 46-hour dance marathon this year. He was also a member of the Engineering Club and played golf and baseball for Penn State Hazleton. He presented a research project at the campus research symposium and the regional research fair this year.

“Charlie continues to display an excellent attitude both in and outside of the classroom,” his nominator wrote.

Karchner said he initially planned to transition to another campus as part of the 2+2 program but decided to stay at Penn State Hazleton to study engineering.

“After I dedicated more time to schoolwork and built educational relationships with teachers, opportunities began to pop up. Professors and friends encouraged me to continue challenging myself and I decided to fulfill the requirements for math and business minors. I am very thankful for all of the people who made my college experience successful,” he said.

Off campus, Karchner is a member of the Faith United Church of Christ Consistory and the Tomhicken Mountaineers Hunting Club.

He is a graduate of MMI Preparatory School and is the son of Cheryl and Charles Karchner Jr. of West Hazleton. 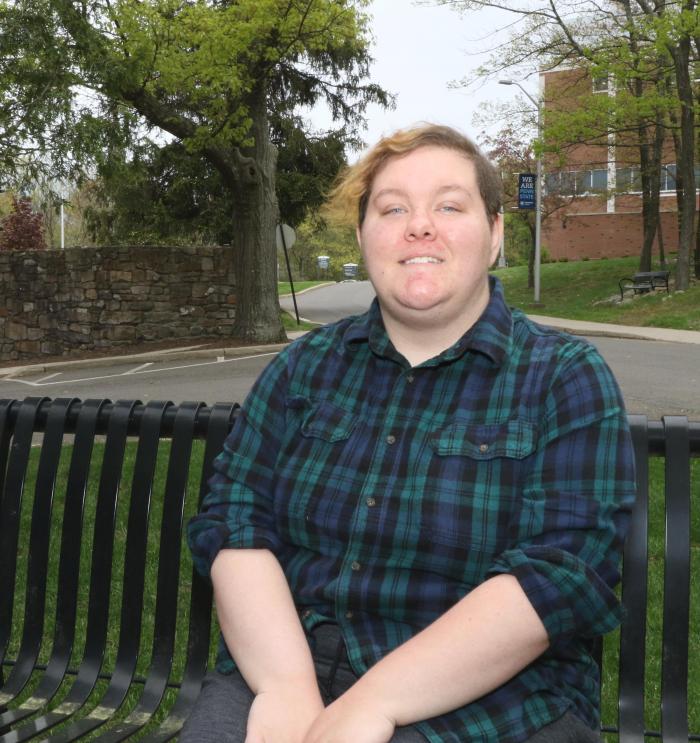 Lisa McDonough was chosen as the student of the month for April. She recently completed her first year and plans to major in rehabilitation and human services with a minor in psychology.

She received the Penn State Hazleton Academic Achievement Award and serves as a Lion Ambassador and peer tutor. She was the vice president of Penn State Hazleton’s new Gender & Sexuality Alliance (GSA) during the spring semester and will take over the role of president in the fall. She was instrumental in forming the organization, conducting club meetings and planning events, including the club's inaugural Spring Social held in April. McDonough works in Highacres Café during the school year.

“Over the last semester, Lisa has shown tremendous development as a student leader and increased confidence to boot,” her nominator wrote. “She handles leadership with diplomacy, accountability and ambition, and makes sure that her fellow students have a forum to share their pride and experiences. I’m certain she will continue to bring pride to our campus as she continues her academic journey.”

McDonough is a graduate of the Hazleton Area Academy of Sciences and is the daughter of Edward and Maryanne McDonough, of Kelayres.