HAZLETON, Pa. — Author and investigative journalist Ben Bradlee Jr. will speak at Penn State Hazleton about his new book, which explores the question of “Who voted for Donald Trump, and why?” while looking at Luzerne County as a microcosm of the country. The book, “The Forgotten: How the People of One Pennsylvania County Elected Donald Trump and Changed America,” was released by Little, Brown and Company on Oct. 2.

The presentation, sponsored by the Penn State Hazleton Faculty Lecture Committee, will be moderated by Charles McElwee, vice president of the Greater Hazleton Historical Society, in Room 1 of the Kostos Building at 7 p.m. on Thursday, Oct. 11. A time for questions and answers will follow the conversation. The event is free and open to the public. Copies of the book, one of Entertainment Weekly’s “Most Anticipated Political Books of 2018,” will be available for purchase. Bradlee will sign books at the campus bookstore from 6 to 6:45 p.m., as well as after the conclusion of the presentation. 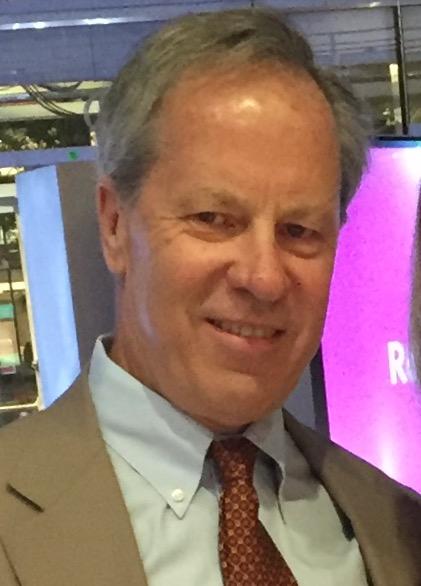 “The Forgotten” is a close look at the 2016 presidential election in Luzerne County, which had not voted for a Republican president since 1988. In 2008, President Barack Obama won Luzerne County by eight percentage points; in 2012, he claimed victory by five points. Yet in 2016, Donald Trump defeated Hillary Clinton in the county by more than 26,000 votes — nearly 20 percentage points. It was these citizens, Bradlee examines in the book, who changed the face of American politics by helping to elect Trump.

In an effort to understand these voters and Pennsylvania’s pivotal role in the election, Bradlee traveled to Luzerne County numerous times over a 14-month period and interviewed nearly 100 people, including local politicians, veterans, nurses and small-business owners. The voices Bradlee captures convey feelings of disenfranchisement, marginalization and despair with the county and country’s existing political and economic landscape. More information on the book is available at https://www.littlebrown.com/titles/ben-bradlee/the-forgotten/9781478995838/.

Bradlee spent 25 years as a journalist with the Boston Globe, and as deputy managing editor of the publication oversaw its Pulitzer Prize-winning Spotlight coverage of the sexual abuse scandal in the Catholic Church. Bradlee is the author of the critically acclaimed “The Kid: The Immortal Life of Ted Williams” and three other books.

The Penn State Hazleton Faculty Lecture Committee invites speakers to campus throughout the academic year to share varying perspectives and give voice to experts on a range of topics.