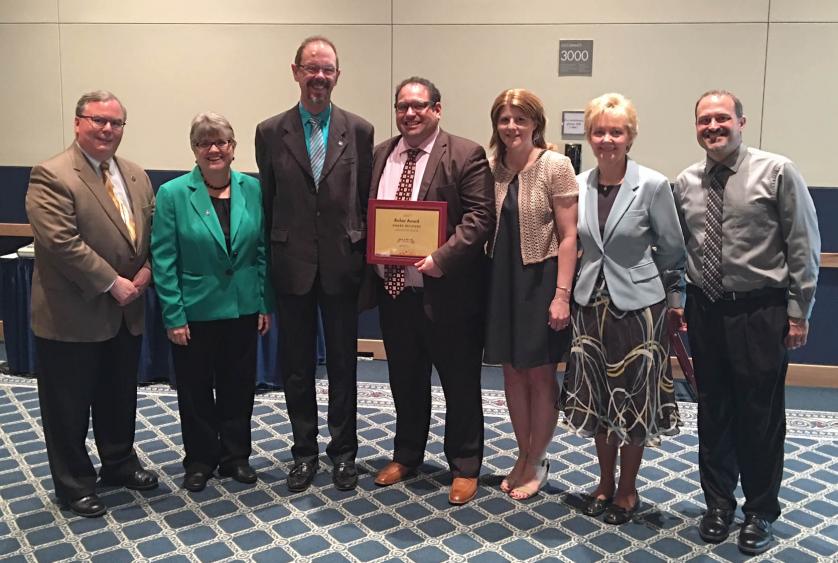 Kukta received the William H. Rieber Award for Outstanding Management Performance, given to an awardee who demonstrates strong job performance; willingness to take initiative; enthusiasm; loyalty; leadership skills; and the ability to cooperate with colleagues and students.

Penn State Hazleton Chancellor Gary Lawler said, “Jonathan is an integral part of our commitment to making each student feel welcome and included. We have heard many complimentary remarks and personal stories from students and parents alike about how he has modeled leadership with compassion while assisting in each unique situation.”

Christopher Hurley, senior director of Housing and Food Services for Commonwealth Campuses and Culinary Support Services, said, “Jonathan is one of our top performers in Housing and Food Services and this award demonstrates his commitment to excellence in all he does for Penn State. He has been involved in numerous renovation and construction projects and strategic planning initiatives and is the ‘go-to person’ for planning and executing major events, particularly those that involve VIPs within and outside the Penn State University community.”

As a recipient of the award, Kukta will have his name displayed on a plaque in the lobby of the Housing and Food Services Building at University Park.