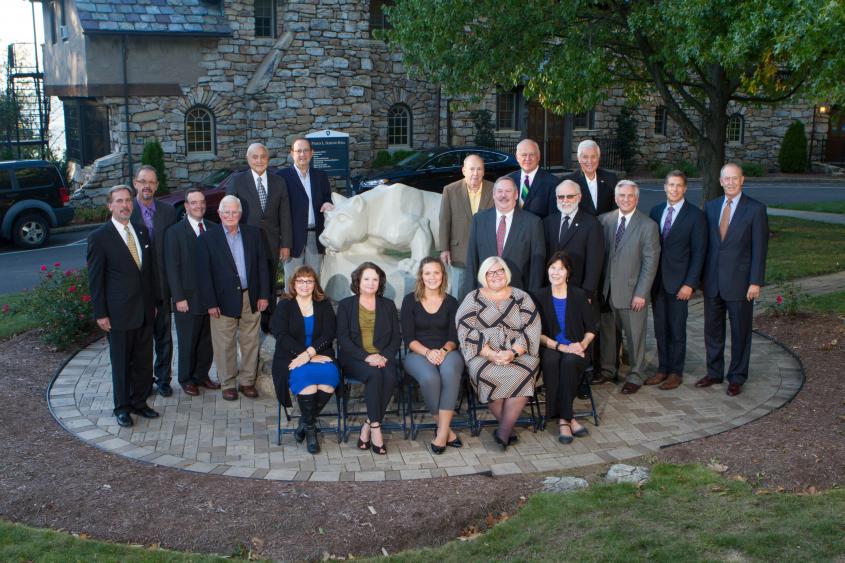 The Penn State Hazleton Council is a 30-member organization, which, under its articles of incorporation and bylaws, performs various functions, which include guidance, counsel and fundraising support to the campus.

Members are involved in the community and at the campus, serving as ambassadors for Penn State Hazleton and its students. One such event with which council assists is Community Day, when the campus hosts a variety of activities and events open to the public.

The group’s original name, the Hazleton Educational Council, was changed to Penn State Hazleton Council in 2010. It was incorporated in 1944 “to support, promote, encourage, sponsor and cultivate educational institutions in the city of Hazleton … and to acquire and hold personal and/or real estate necessary to such an end,” according to the group’s certificate of incorporation.

The council was instrumental in securing the gift and purchase of Alvan Markle Sr.’s 66-acre estate, where Penn State Hazleton relocated to its permanent home in 1948. Penn State Hazleton was previously housed in several locations in downtown Hazleton since its founding as the Hazleton Undergraduate Center in 1934. Through the following years, the campus has expanded to 125 acres. Penn State Hazleton now offers 10 bachelor’s degrees and five associate degrees right from its campus, in addition to the pathway to more than 160 Penn State majors, with the first two years of study available at the campus.

Bigelow said he derives his love of community service and pride in Penn State from his late mother, Joan Harrington Bigelow, a 1947 Penn State alumna who served many years as a member of the Penn State Hazleton Council, including a term as president.

“Penn State is one of the most recognized names amongst universities around the world and I want to make a difference in the opportunity for a Penn State education in Hazleton,” Bigelow said.

Campus Chancellor Gary Lawler expressed his gratitude for the Penn State Hazleton Council, saying, “I greatly appreciate the support and guidance the advisory board gives the campus.”