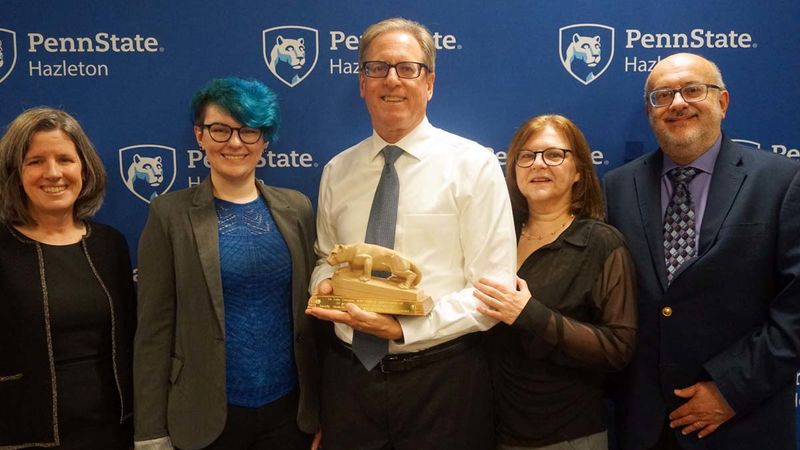 Tom Smialek has been teaching classes in music and the integrative arts for 33 years — a course load that reflects his own eclectic interests and the improvisational, jazz-flavored progression of his career.

At Penn State Hazleton, Tom Smialek has been teaching classes in music and the integrative arts for 33 years — a course load that reflects his own eclectic interests and the improvisational, jazz-flavored progression of his career.

When he was in kindergarten, Smialek saw astronaut Alan Shepard blasting off into space, became captivated by the space race, and thought he’d become a scientist someday. In fifth grade, he started playing the saxophone. And in high school, as he was realizing that calculus was hard for him, he read a postmodern science-fiction novel that expanded his mind and helped him realize that his life was going to be about music.

“One of the turning points that got me into music as a serious thing was in math, when x became f(x),” Smialek recalls — in other words, when he started learning calculus. “I couldn’t do math after that, or it was very difficult. And also, reading author Kurt Vonnegut’s book, Slaughterhouse-Five, opened my mind to other realities and gave me a different kind of artistic sensibility. I started thinking more seriously about going into music and majoring in music.”

“Throughout his career at Penn State, Tom served in many roles, including a stint as interim director of Academic Affairs from August 2010 through December 2011,” said Penn State Hazleton Chancellor Elizabeth J. Wright. “He has been a wonderful colleague, always willing to help faculty and staff in support of our campus’s undergraduate mission.”

“But at his core, he is a teacher who used his general education courses to educate students about the arts, but also to help them develop strategies for being successful in all of their courses,” she added.

Since joining Penn State Hazleton in 1989, Smialek’s main teaching goal has not necessarily been to get students to like jazz or other kinds of music. Besides helping students understand and appreciate what’s going on in a musical piece, he’s had something bigger in mind.

“Music is not there for you just to like it, it’s there to elevate you, to inspire you, to help you understand what life is about, what being human is about,” Smialek said. “It’s about enlightenment. The idea of opening up new ideas for students is what’s been exciting for me.”

As he was approaching retirement at the end of 2022, Wright suggested celebrating his career with an on-campus concert. The first person Smialek thought of was Terell Stafford, a working musician and Temple University music professor who plays trumpet both with his quintet, and every Monday night with the Vanguard Jazz Orchestra at the famous Village Vanguard jazz club in New York City.

“We were fortunate enough to be able to put that together, because [Stafford] is a very busy musician, gigging as well as teaching,” Smialek recalled. “We had a really good crowd. Right from the first note, the crowd responded very enthusiastically, which got the musicians even more pumped up — really good feedback working there between performer and audience. His group really killed it.”

Many students of Smialek’s, before taking one of his classes, had never been to a live concert or heard professional musicians — and they realized how challenging it is to perform live and to improvise on the fly.

“Not only are the musicians getting only one chance to play it, but they are composing it as they are playing,” Smialek said. “So they’re really playing without a net from a high altitude. The students get that, especially when they see a performance live. There’s no instant replay. You hear it once and it’s gone forever.”

Among Smialek’s favorite sax players are Joshua Redman, Chris Potter, Sonny Rollins and John Coltrane. One of his heroes is the late tenor player Dexter Gordon, whom Smialek saw play three nights in a row in Chicago in 1978.

“The first night he was a little tentative, doing his thing, but not really putting it out there too much," he said. "The second night, he just let it fly. It was transcendent, the whole group was."

The third night wasn’t up to par.

“But jazz is never the same twice, and to see [Gordon] go to those three different places, back to back to back like that, that was one of the most memorable three days at a concert that I’ve ever been to," he said.

Smialek’s integrative arts class helps students learn and understand the themes and purposes of the visual, performing, and literary arts. And it’s been an education for Smialek, too.

“Poets, writers, filmmakers, dancers, mimes, painter, sculptors — I got to learn about all the arts and how much they actually have in common,” Smialek said. “A sculptor is interested in manipulating three-dimensional space and in music we’re into the world of sound, but we basically do the same thing: We express how life feels.”

In addition to teaching, Smialek has done research on women saxophone virtuosos in the late 1800s, the ways saxophone playing styles have changed over the years, and multimedia music listening software. In fact, he’s developed multimedia software that helps students understand and appreciate what they’re hearing as they listen to music.

With a grant from Penn State, Smialek worked with software developers and instructional experts to create a software utility that plays music clips and simultaneously provides textual background on the music.

“Now we use PowerPoint, but before PowerPoint, we developed a sort of homemade version,” Smialek said. “It made the pedagogy better and helped me in my teaching. My students could use it and other students around the country could use it. Years later, I got a random email from a student, saying ‘Your software really helped me get through this class.'"

As a graduate student and during the early years of his career, Smialek was playing the saxophone and performing live in public. (He had started playing alto sax in fifth grade and for many years it was his main instrument, but in graduate school he gravitated to the tenor sax.) But as time went on, “it just got harder and harder to find people to play with, to get performances.”

Smialek kept practicing for a while, but in 1994 he set the instrument aside, even though the saxophone remained central to his career. He kept involved in research, wrote scholarly papers on the saxophone, served on editorial and advisory boards, published articles in journals, gave presentations at conferences, developed instructional software, and did some administrative work.

Now, with retirement approaching, he’s thinking about playing again. His tenor is stashed in a closet. He doesn’t know for sure if he’ll play again or not.

“But the siren call has been calling me,” he said. “I’m just gonna see what happens. We’ll see how it plays out. I kind of got into it by accident, maybe I will again. Sometimes that’s the best way to do it.” 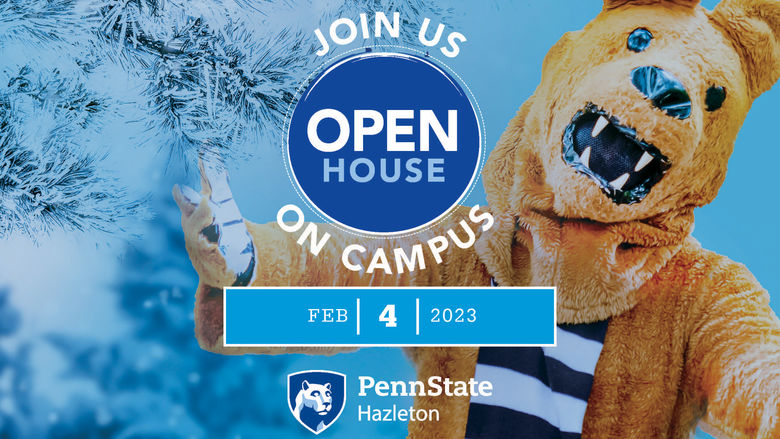