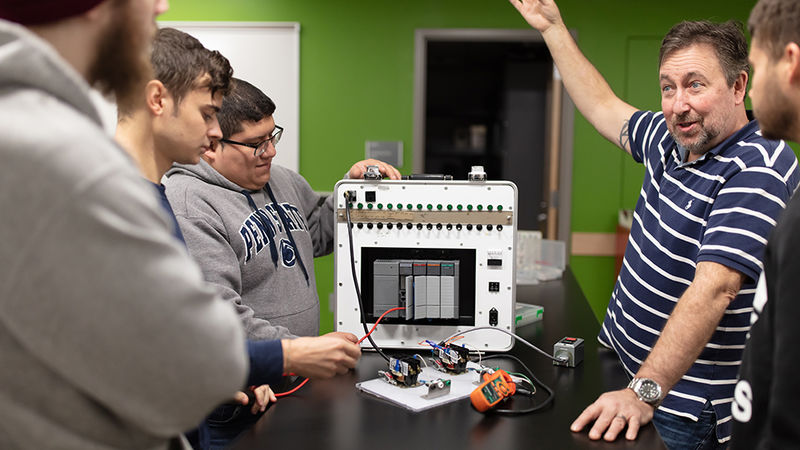 Ken Dudeck has worked on several top-secret Navy projects which helped make torpedoes quiet and U.S. military ships and aircraft nearly invisible to enemy radar — protecting the lives of American pilots and sailors in harm’s way. But Dudeck always knew he wanted to teach.
'This place was always special to me': Dudeck to retire after 33-year career

HAZLETON, Pa. — Over the course of his 38-year-plus career, Penn State Hazleton faculty member Ken Dudeck has had top-secret security clearances from the U.S. Navy and has worked on several top-secret Navy projects. Dudeck’s work has helped make torpedoes quiet and U.S. military ships and aircraft nearly invisible to enemy radar — protecting the lives of American pilots and sailors in harm’s way.

During the Gulf War, for instance, Dudeck’s efforts helped make it possible for U.S. pilots to remain undetected by enemy radar when they were doing intelligence-gathering overseas or even conducting military operations. “They all came back. None of them were shot down,” Dudeck said. “That was satisfying, [to know that] any small contributions I made helped protect our pilots on a very dangerous mission.”

Also, Dudeck’s research, design work, and consulting services over the years helped develop the Mark-48, a low-noise torpedo difficult to detect by potential targets, and the Sea Shadow, an experimental Navy “stealth ship” with a low radar profile.

But Dudeck, a Hazleton native and a former student at Penn State Hazleton, always knew that he wanted to teach. And that’s what he’s been doing for more than 32 years as an associate professor of electrical engineering at the Hazleton campus.

Ken Dudeck at his desk on campus in the late 1980s.

Back in the late 1980s, Dudeck applied for a faculty job at the Hazleton campus. About 10 years before, he had started his course work on a B.S. degree in electrical engineering at Hazleton and finished up at University Park. But he had his diploma sent to the Hazleton campus — because “this place was always special to me” — and attended commencement ceremonies there. He also obtained a master’s degree in electrical engineering from Villanova.

Despite his strong educational background, Dudeck thought he wouldn’t get the faculty job, because at the time he lacked teaching experience. But during the interview, he was given the opportunity to give a one-hour lecture to the interview committee —  which included three of his former professors at Hazleton.

“It was fun flipping the tables on them by telling them I had a long homework assignment that I would give them and it was due the next day,” Dudeck said. “They obviously liked what they saw, so here I am. It all worked out for a reason. I know I’m doing what I should be doing. There’s no doubt in my mind I’m where I’m supposed to be.”

At Hazleton, Dudeck teaches two baccalaureate engineering courses for engineering students moving to the University Park campus for their junior and senior years, plus more advanced classes for the campus’s four-year major in alternative energy and power generation. When the campus had a two-year associate degree program, Dudeck taught classes in digital electronics for that.

Dudeck feels fortunate to have studied under some great professors at Penn State Hazleton, including the late M. Leonard Shaevel, from whom he derived his own teaching style. “Although they don’t walk the earth anymore, they’re very much alive in my mind,” Dudeck said. “I think of them often and feel very privileged.”

(Shaevel taught physics at Penn State Hazleton from 1967 until his death in 1982. An award named after him, consisting of a cash prize, is given to a student with a high grade-point average enrolled in science who best exemplifies Shaevel’s educational values.) 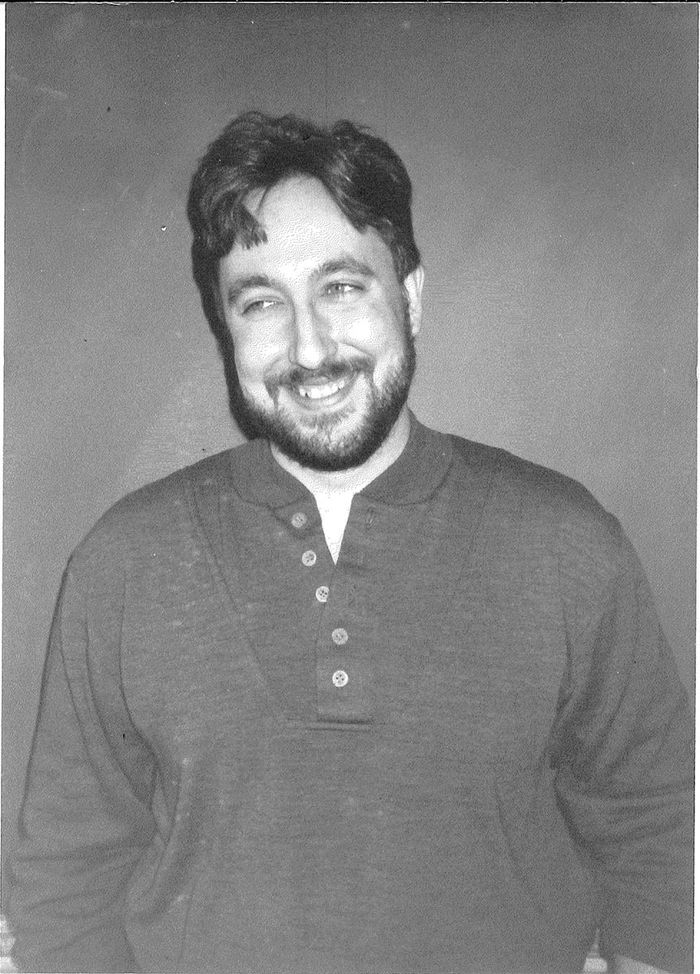 While Dudeck claims not to have a teaching “philosophy,” over the years he has developed three principles that govern his teaching. The first is knowledge. “Especially in engineering, you have to know your material. Its’s not up for interpretation. If you’re wrong, it’s painfully obvious you’re wrong. So you really have to know your stuff.”

The second principle is respect — “respect for your students as learners and as individuals. It’s their class, not my class. I’ll have another one next year, but it’s their one and only opportunity to have that ‘aha’ moment, and I love the fact that I get to relive that moment with them. It never gets boring.”

The third is fairness. “And sometimes fairness is tough. Students that are struggling, that are really really trying — sometimes you have to let them know, with their grades, that it’s not working out. That they should try something else. And that’s very painful.”

Up for retirement at the end of the spring 2021 semester, Dudeck is proudest when he runs into former students with families and successful careers, “and they come up to me and say, ‘You made a difference. Thank you so much.’ That really makes me feel good. And that’s why I’m here. That’s why I do this.”

By the time Dudeck retires, he’ll have logged more than 33 years teaching at Hazleton. “It’s going to be very bittersweet when I teach my last class,” he said. “I know it’s going to be rough.” But he knows that all things must come to an end eventually. Post-retirement, Dudeck aims to stay in the area and maybe do some more work with industry on the radar-reflecting properties of materials and structures.