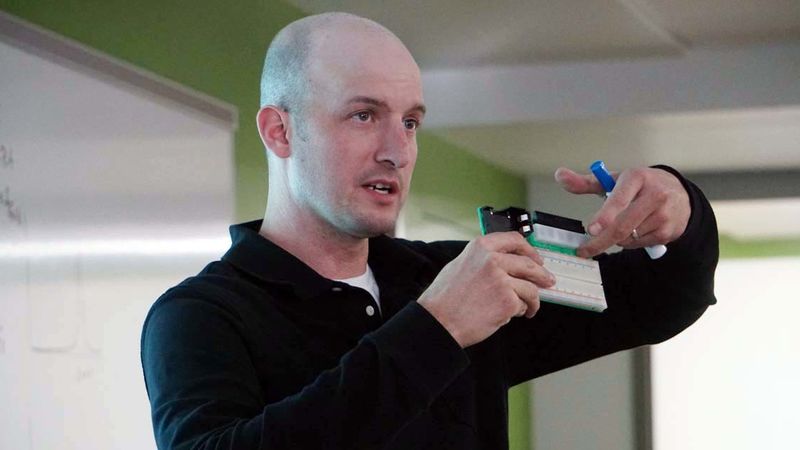 Associate Professor of Engineering Will Yourey is researching ways to improve the techniques used to make lithium-ion batteries and faster ways to recharge them - two important hurdles in getting more electric vehicles on the road.

According to the U.S. Environmental Protection Agency, electric vehicles (EVs) typically have a smaller carbon footprint than gasoline-powered vehicles and more than enough range to meet a typical U.S. household’s daily travel needs.

That makes them attractive to many American car buyers — so why don’t we see more EVs on the road right now? According to Will Yourey, associate professor of engineering at Penn State Hazleton, the big issue is the time it takes to fully charge an EV battery.

“Consumers never want to give up the five minutes it takes to fill your gas tank for the four hours it may take to charge their electric vehicle’s battery — even though it’s better [for the environment and for household spending] in the long run,” Yourey said. “So, the big issue is, how do we charge a battery in just a few minutes? Even if we only get to 20 minutes or half an hour, you’ll see more consumers being willing to make a switch from gas vehicles to EVs.”

So, to help bring about the transition to more EVs, Yourey has spent the last three summers at the Lawrence Berkeley National Laboratory in Berkeley, California, doing research on fast charging for lithium-ion batteries. “We were making some real progress, and then COVID hit and slowed everything down a bit,” Yourey said. But the work at the Berkeley Lab led to some important findings on improving manufacturing techniques and reducing lithium-ion battery recharge times.

Yourey, who earned a doctorate and a master’s degree in materials science and engineering at Rutgers, was recently named the coordinator of Penn State Hazleton’s Alternative Energy and Power Generation degree program. The Hazleton campus is the only Penn State location to offer the program — which is designed to prepare students to enter the job market in the alternative and renewable energy sector, as well as the power generation industry.

Its goal is to create graduates who will have the background, knowledge and skills necessary to be successful in the contemporary power generation sector and have the ability to lead the industry toward more environmentally friendly energy technologies.

After graduate school, Yourey worked as a senior project engineer at Teledyne Energy Systems in Hunt Valley, Maryland. There, he developed secondary electrochemical cell products, modified and upgraded existing designs, and made sure projects stayed on budget. “Having knowledge of the manufacturing side really helps,” Yourey said.

In 2016, Yourey started working at Penn State Hazleton, where he teaches classes on electrochemical engineering (EGEE 441) and fuel cells (EGEE 420). Mostly, he teaches upper-division students who are pursuing their four-year alternative energy degree and will work in industry after graduation. 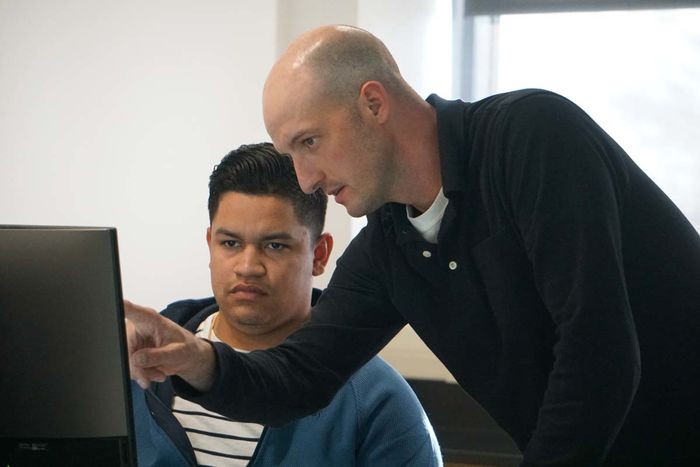 Yourey said he spends a lot of time in EGEE 441 teaching about lithium-ion batteries — their design, technology, limitations, and future possibilities. In addition to learning about those features of lithium-ion batteries, students have the opportunity to test batteries and investigate different charging and discharging procedures.

Lithium-ion batteries were invented in the early 1970s and haven’t changed much since then, Yourey explained. But they’re still the leading rechargeable-battery technology out there, he said — they’re not only in electric cars, they’re also in your cellphones and laptops.

Yourey said he is “still learning the ropes” of the position and hopes to recruit more students and grow the program. Students currently in the program are “passionate about renewable energy” and love Penn State Hazleton. He’d love to have more students like that.

Also, Yourey hopes to have his sabbatical plans approved soon and travel to the National Renewable Energy Laboratory (NREL) in Golden, Colorado, where the work being done fits well with Hazleton’s alternative energy degree program.

Yourey anticipates it will be “quite some time” before somebody invents new materials that will be commercially adopted and improve the charging time for lithium-ion batteries. So, working at a place like NREL will help him learn more about the limits of the conventional materials currently in use and bring that knowledge back to the classroom to share with his students. 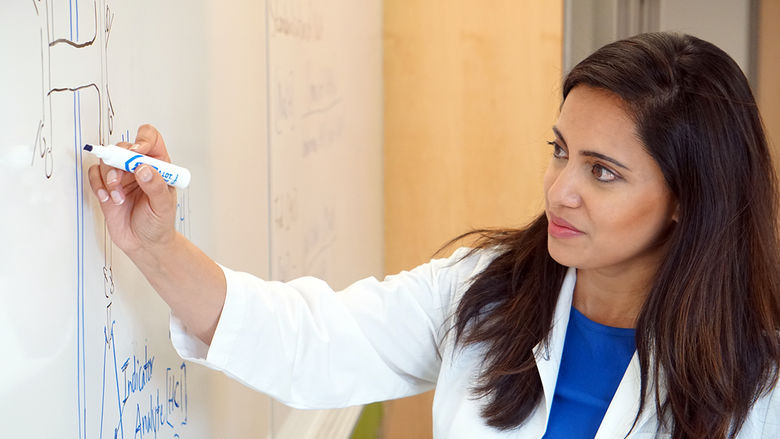