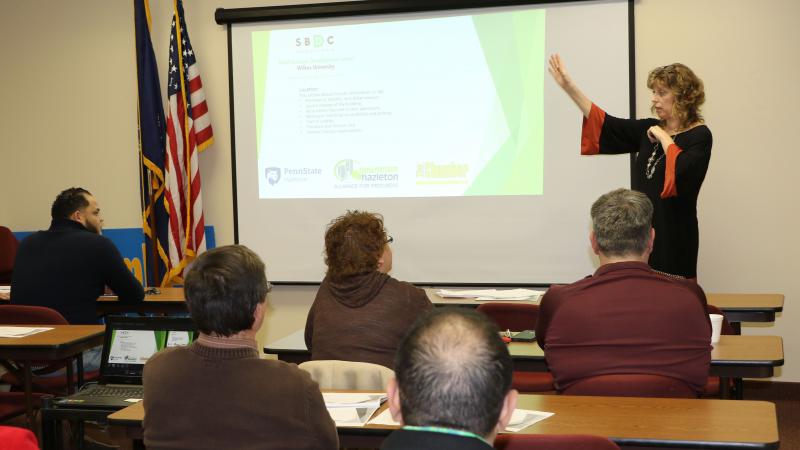 Penn State Hazleton partnered with other regional organizations to offer a series of seminars aimed at assisting entrepreneurs in Greater Hazleton.

“Steps to Starting Your Own Business” was a series held at the Greater Hazleton Chamber of Commerce that focused on helpful topics for those interested in starting or expanding a business of their own. The Downtown Hazleton Alliance for Progress is also a partner on the seminar series.

Kathy DeLeo, business consultant with the Small Business Development Center at Wilkes University, was the featured presenter for the five seminars, each with its own specific topic. The series kicked off with “Is Entrepreneurship for You?,” followed by “What’s the Plan?,” about developing a business plan; “Making it Legal,” about structure, licensing and registration; “Show Me the Money!,” about financing a business; and “Paying Uncle Sam,” about filing and paying taxes.

The sessions were held at no cost. They were marketed in both English and Spanish to reach all local residents, including the growing Latino community in Greater Hazleton.

Chancellor Gary Lawler said, “We saw a need in the community to help others develop and sharpen the skills that would help them sustain a business of their own. Partnering on this seminar series enables Penn State Hazleton to bring some of the necessary tools to the people who need them.”

Penn State Hazleton Business Program Coordinator Paul McDermott said, “This is a unique way for us to be involved in and supportive of the downtown business community, of which the Latino population is a large part. We approached the Small Business Development Center at Wilkes University and asked them about bringing their program to Hazleton.”

As an experienced entrepreneur who also built a career in banking, DeLeo has the background to guide seminar participants along their path to building a successful business.

“I’ve been in their shoes so I can relate to what they’re experiencing and what their needs may be, both expressed and unexpressed. I try to give them a realistic idea of the risks they’re taking as well as the gratification it gives to be self-employed. I want to cover all the bases,” she said.

“We are essentially a support system for new businesses to succeed or for established businesses to expand, helping with anything they have encountered and need advice regarding,” DeLeo said.

The seminars were attended by a diverse group of individuals in a variety of stages with their businesses – some just beginning to explore the idea, some about to launch and some on the verge of expanding. DeLeo described the response to the seminars as “excellent” with numerous questions and requests for further assistance coming from the participants.

She said she was pleased the Latino community is participating as well, saying, “The population of the Hazleton community is growing, with Hispanics making up a large portion of the increase. They tend to have a very entrepreneurial spirit but may need to be educated on the formalities of setting up a business as required by government regulations, especially when language and cultural barriers may arise.”

In addition to the seminars, DeLeo is available at the Hazleton Chamber on Fridays for one-on-one consultation at no charge. Those interested in speaking with her should make an appointment by calling 570-455-1509.

The sessions were held at the Greater Hazleton Chamber of Commerce in downtown Hazleton. 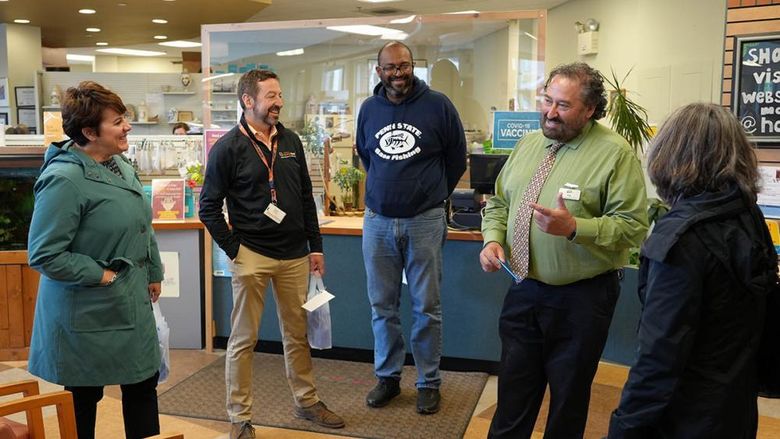